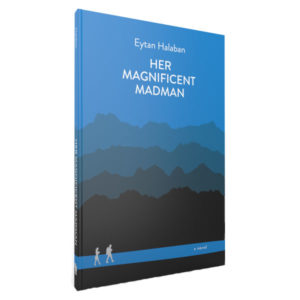 Salvador de Pascual, a young custodian working at Yale’s famed library, is a high school dropout with untamed imagination who sees nothing but beauty. Beatrix Spear is a consummate scholar, a rising star in the Art History department who knows everything about art but has forgotten its beauty. He’s a poor dreamer with few prospects. She’s a wealthy junior professor with burning ambition and unlimited potential. In short, the two have nothing in common.

Everything changes when both are drawn to the mysterious Spanish Document. Beatrix wants to uncover its secrets. Sal is more interested in the Castilian Emerald of which it speaks.

But they’re not alone in their quest. From sinister forces in the world of academia to gangs on the streets of New Haven, Sal and Beatrix have their work cut out for them. If they can survive the dangers in their path and find a way to work together, they might just find the answers they seek … and more.

“With deeply lyrical writing that reflects the author’s reverence for classic literature, Halaban’s novel mirrors its main characters, jumping between points of bare whimsy and studious straight-forwardness, a technique that works extremely well in keeping readers intellectually engaged with the text.”